After two days of blissfully watching college and pro football over the weekend, I happily settled in to watch “The Miss America Pageant” last night. Yes, I admit it. I love pageants. Always have probably always will. Sound contradictory to you…this lady who loves her football but also loves her pageants?

Actually, yes, but perhaps no more contradictory than the blonde bombshell who competed as Miss Kansas last night. You see, 22-year-old Theresa Vail is a tattooed, M16 marksman, majoring in chemistry and Chinese at Kansas State University. Not your typical glamour girl, right? For the show’s “parade of shoes,” Vail proudly donned army boots. She also proudly displayed her two “tats” during the swimsuit competition…a first for the celebrated pageant. She didn’t win the crown but she certainly won the publicity title. No one seemed to be asking her about the Chinese language, her mastering of Pavarotti’s “Nessun Dorma” during the talent competition, or her National Guard membership. Nope, everyone was focused on her ink. 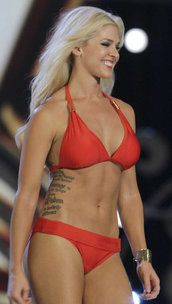 Tattoos are common place these days, but Vail’s unabashed display of the “Serenity Prayer” along her torso and the military medical symbol on her neck still took many by surprise and probably shocked many more. “Body Art,” as proponents call it, has achieved somewhat widespread acceptance thanks in part to Hollywood, the music industry, and many an athlete. But why then, is tattoo removal a growing industry and “tattoo regret” a growing sentiment?

Call me old fashioned but I just don’t get it. Had I gotten inked back in the day, it very well could have been a tattoo of maybe David Cassidy or an “Onward Thru the Fog” script. Years later I may have even added a take-off of the Rolling Stones’ “Tattoo You” album or the Sooner Schooner. How would any of those look on me today?! Even a beautiful snowflake or flower would look pretty ridiculous on this 50-year-old body. I remind Kristen of this all the time. Personal tastes change often and rapidly when it comes to music, fashion, and trends. Would she really want the Backstreet Boys logo on her backside today?! Maybe there’s a reason those above the belt on the backside tats are called “tramps stamps.” Actually, it’s probably just because the words rhyme, but the message is still conveyed. And, all this has nothing to do with the health risks associated with second-rate tattoo parlors and unclean needles. Is that Hawaiian flower or Chinese symbol really worth the risk?

So, at the risk of making some of you upset or angry, I’m gonna say it: my personal opinion is one that doesn’t favor tattoos in general. I have relatives and many good friends who sport them, but for me, not so much.  Kristen has occasionally voiced a desire to get one, but she knows I’m against her doing so and have let her know that if she thinks she’s mature and independent enough to tag her body, she’s mature and independent enough to support herself.

As I mentioned above, many today are going to great lengths to remove previously coveted tats; a very costly, painful, and difficult procedure. Pop musician Robbie Williams of Pink Floyd fame is even quoted as saying, “I wish it was like an Etch-a-Sketch where I can wipe them all out. It would be nice to have a pure, clean body again.”

And that, brings up a whole other sensitive issue: the simple beauty and sacred vessel that a human body constitutes. God created our bodies and a tattoo is kinda like putting graffiti over a Michaelangelo painting. The original was perfect. Don’t mess with it.

In addition, if you’re tatted up and looking for a job, your beloved ink could make it harder for you to get hired. A recent study showed employers often associate tattooed workers with “reduced productivity” and may show preference for untattooed employees when hiring or promoting. These employers obviously weren’t in the music or other equivalent industries, but for the rest of us, the study is worth noting.

Now the government may be getting involved. Federal lawmakers are looking into a new bill that would make someone have to wait 24 hours before getting a tattoo through the common practice of “walk in” tattooing. Naturally tattoo artists and businesses are against any such regulation, but 48 states already have body art regulations in place.

I certainly am not one to support more government in our lives and yes, I have seen a few attractive tattoos. A simple and discreet cross does not bother me, nor does a husband and wife tattooing wedding bands on their ring fingers. I’ve always said if I HAD to get a tattoo I’d either get a globe on my shoulder (because that’s where I carry the world!) or this simple picture: 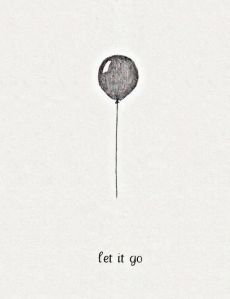 I also admit that I’ve always kinda liked Nicole Richie’s rosary tattoo around her ankle and that some tattoos are virtual works of art, like this one:

But those creepy 3D ones, anything scary or savage, or anything on one’s neck? Uh, no. “That’s a beautiful bleeding head tattoo on your arm and an awesome scorpion crawling up your neck” said no one ever.  Why, why, why?

So, as the Miss America pageant perhaps proved, the issue is far from black-and-white. In fact, it’s as colorful as the sleeve on Adam Levine or the prayer on Miss Kansas.

2 Responses to “Tattoo You?”