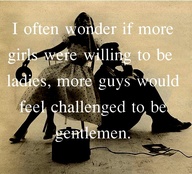 There is a new book out that I’ve bought and am going to send to my daughter Kristen in college. I told her on chapter night Sundays, I want her and her friends to read a chapter a night of the book!  She probably won’t, but it’s worth a shot.

The book is titled “How to Be a Hepburn in a Hilton World:  The Art of Living with Style, Class and Grace.”  I loved the title and the cover the minute I saw them.  A little black dress, pearls, and Jackie O sunglasses on a Tiffany blue cover.  What’s not to love?

It is written by Jordan Christy who is a publicist for Warner Bros. Records; lives in Nashville; and has worked with many artists, celebrities and media outlets and written for various fashion and music magazines.  She’s young, modern, and fashion-forward so I figure she knows what she’s writing about.

Don’t take my word for it, here’s a snip-it from the book’s inner flap:   “In a society driven by celebutante news and Facebook profiles, women of class, style, and charm are hard to come by.  The Audreys and Katharines of the world continue to lose their luster as thongs, rehab, and outrageous behavior burn up the daily headlines.  But, despite appearances, guys still want girls they can take home to their moms, employers still like to see a tailored suit, and peers still respect good manners….”   Can I hear an Amen?!

With chapter titles including “Keep Your Chin Up and Your Skirt Down,” “Choose Your Friends Wisely,” and “Dress to Impress” but “Less is More,” the book is bound to have words of wisdom for today’s young girls and even maturing women. 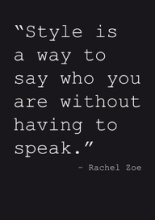 One hint might be to look around at moms today…not necessarily the ones I work with…but those everywhere.  Just as toddlers are dressing like teens, so are moms.  Why?!  What’s happened to aging gracefully?  I remember when my daughter was in high school she would tell me she’d be mortified if I dressed like a number of moms did.  They don’t want us to look like them ladies, they want us to be ladies!  Even though you have the figure and the size you’re hoping for fits, it doesn’t mean the outfit looks good and is the right choice.   Keep this simple rule in mind a friend of mine in the fashion industry once told me:  if you wore it the first time it was trendy, when it comes back around you’re too old to wear it again.  Examples:  I sported ponchos and what we called “bell bottoms” when they first came out many moons ago.  I’m too old to wear them now and will gladly leave them to the 20-somethings.

Thankfully Kristen has excellent albeit emerging style.  She’s had ingrained in her head my mantra that casual doesn’t me sloppy and formal doesn’t mean slutty.  I’ve also told her I don’t love her favorite bandage skirts that are too short and I don’t agree with her sometimes “If you’ve got it flaunt it” attitude.  Instead, I prefer she live by the famous rules of legendary Hollywood fashion maven Edith Head, who said. “Your clothes should be tight enough to show you’re a woman but loose enough to show you’re a lady.”  I can’t force Kristen to believe that, but I hope she does believe that being noticed and envied for your clothes aren’t the same as being respected.  As Coco Chanel once said, “A girl should be two things:  classy and fabulous.”  She didn’t say anything about cool, flashy or even sexy.  Cool, is overrated.

Quite possibly, none other than Audrey Hepburn might have had it right all along when she said:

So, who do I suggest looking to for style tips?  Well it’s certainly not Snooki, a Kardashian, or Lady GaGa.  Instead how about any or all of these stylish celebs: 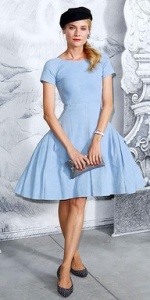 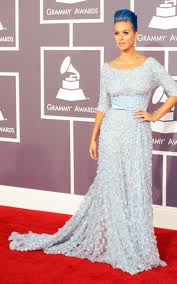 Caroline Bissett Kennedy…she had it.

Victoria Beckham…but with a smile!

And of course timeless Audrey