In one of my favorite movies, “Dumb and Dumber,” John Carrey’s character is a limo driver who picks up a pretty young woman.  She enters the car and quickly tells him, “airport please.”  He, being one of the title characters, says “flying somewhere?”  It gets me every time.  It’s so dumb, it’s funny.

Air travel, on the other hand, is anything but funny or fun.  Again, tis the season though.  Are you flying somewhere during the holidays?  If so, I have some tips for you! 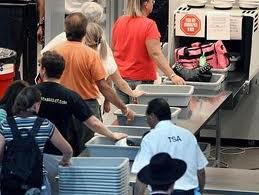 First off, I’m sure you realize that airports are some of the biggest gathering places of germs, but do you also realize so are airplanes?  In fact, aircraft bathrooms have the highest concentration of germs that you’ll encounter on your entire trip, especially direct or quick-connecting flights, but what to do if you really need to go?   First off, always go before you board the plane, after that my best advice is to use paper towels to flush and open and close the door and use hand sanitizer immediately upon returning to your seat.  You also probably know that airline blankets and pillows can be germ hotspots, but what about all that reading material in the seat pocket in front of you?  Keep in mind that most people don’t wash their hands before reading on-board magazines and many lick their fingers to turn the pages.  Eeeeewwww!  Best advice:  bring your own reading materials!  Finally, I know it’s often easier to go sockless through security, but unless you want to run the risk of picking up infections like athlete’s foot, wear socks when traveling! 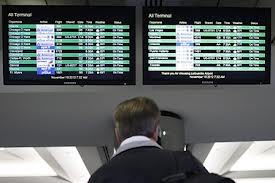 Did you know that 57 percent of all disrupted air travel is caused by missed connections?  You’ve been there, I’m sure.  Sitting in a window seat on row 27 as your flight crawls to the gate, leaving you mere minutes to make a connection that very well could be departing out of an entirely different terminal.  Ugh!  All I can advise is to carefully consider connection times when booking flights.  Airlines, travel sites, and travel agents may offer and present you with 30 minute connections, but keep in mind that those connections are safe only when every other aspect of a flight is on time and on target.  As we all know, these are often not the norm in today’s harried world of airline travel.  Personally, I would rather sit at a gate for an hour or two rather than run the risk of missing a connection.  When booking travel, I also do my best to avoid large hubs such as Atlanta, Chicago, Dallas, and Denver if possible.  Sprinting through those very large and crowded airports to make a connection can be much harder and less successful to accomplish than doing so at a smaller airport.  One last tip I have regarding connections:  travel early in the morning if possible.  Should you face any delays or missed connections, a full day’s worth of flights will provide you with more options for re-booking. 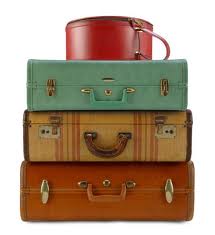 To Check or Not to Check?

I gotta say, in this case I love Southwest Airlines and Jet Blue, where your first checked bag is free.  After that, it’s a crapshoot.  Do you carry your bag on-board meaning you have to lug it in the terminal, heave it in the overhead bin, and possibly have to pack fewer things than you’d like, or do you pay the fee to check the bag but run the risk of the airline losing it?  According to Conde Nast Traveler magazine, travelers this year in the U.S. have paid more than $3 billion in checked baggage yet 2 million pieces of luggage were lost or damaged.  And, even though 99 percent of lost bags turn up within two days and are returned to their owners, it costs an airline an average of $100 to do so.  Guess who’s ultimately “paying” those fees as well?  Airlines must also refund any checked baggage fees they collected for delayed or lost bags.  International travel is even worse, with 26 million bags being lost or delayed in 2010.

In addition, those bags you see fellow travelers checking in are hardly the extent of a flight’s cargo.  Your designer duffel or Samsonite suitcase is very likely to be in the same area as many things both dead and alive.  At Atlanta Hartsfield airport alone, 6,500 bags travel through its 20 miles of conveyor belts every hour!

What can you do?

If an airline does lose your bag, you should immediately file a claim.  The U.S. Department of Transportation requires airlines compensate you for the value of the bag and its contents, up to a maximum of $3,300.  Yet another reason to not spend big bucks on an expensive piece of luggage!  You may have to go to court to get compensated anything other than vouchers, but doing so will more than likely be in your favor.

If your bag is delayed, the DOT also requires airlines provide you with stipends for items such as clothing, medicines, and toiletries.  There are no hard and fast mandatory dollar amounts, but airlines are required to post their individual regulations on-line.

Flying today is anything but fun.   It is instead often stressful, expensive, and frustrating.  But, knowing just these few bits of information might make your air travel more manageable, which could mean the difference between a turbulent flight and a soft landing.  Happy travels everyone!