The Gospel According to the Four Gospels January 28, 2013

Filed under: Uncategorized — carlawordsmithblog @ 2:53 am 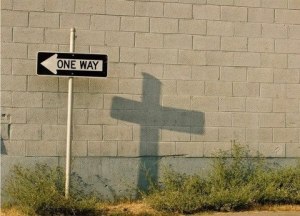 Have you ever wondered why there are four gospels in the Bible? Did you even know there are four separate gospels?! Today during mass Father Izzy talked about this and it was very enlightening. Instead of my normal “Sunday Scripture” quote, I thought I’d share some of his wisdom with you.

He started by saying someone once asked him why, if the story is the same, are there four gospels. As many of us know, the four gospels, written by Matthew, Mark, Luke and John, are similar but different. Father Izzy suggested remembering their themes by the “Four M’s.” Matthew writes about our Lord’s majesty, Mark’s gospel details how mighty He was, Luke focuses on His mercy, and John’s gospel is full of mysteries. Father also reminded us that although that is the order of the gospels in the Bible, Mark’s was actually the first one written.

I’ve previously learned that Matthew’s is the longest of the four gospels and that his account is very structured and rule-oriented. Matthew, we must remember, taught many of the Jews the Christian faith. His gospel is often considered the “heritage” of Jesus and consists of well-organized sections and includes “The Golden Rule.” Mark, on the other hand, taught non-Jews so his writings are very too the point and often suggested for youth and teens. He liked writing about the “good news” of Jesus but never mentions the birth of Jesus. Luke was a doctor and was very motherly. His gospel is all about Jesus’ powerful healing and love. Luke favored the lowly and his gospel reflects this in his encouragement and compassion. John’s gospel is different from the other three in many ways and he was very philosophical. It was the last gospel written and is an account of Jesus’ public ministry.

There are many books written on this subject and one could go on and on about the written word. Perhaps the best way to learn about the gospels is to read them and study them. That’s why they were written in the first place and that, my friends, is the gospel truth.