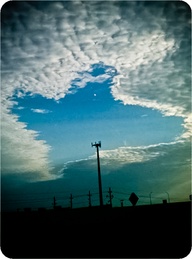 I experienced a big dose of Texas this week and I definitely “felt the love.”  It was “Texas Day” (and basically “Texas Week”) in my preschool , which included everything from branding activities to a sing-along to a “chow down.”  What is it about the Lone Star State that is so adored and cherished by its natives?  Um, in a word, everything!

For those of you in parts elsewhere, Texans take their Texan-ness seriously!  I’ve known this for years, but it really struck me as we celebrated all things Texas with my little three-year-olds.  These youngins were taught everything from why the Texas flag looks like it does, what the state flower and tree are, and they all dressed like little Texans for Texas Day activities.  May I remind you that they are 3…well okay, some are 4???!!!!  It all coincides every year with Texas Independence Day, which is observed annually on March 2.  How do I know this?  Because Texans post it on their Facebook pages!  I’m serious!

As I taught my class that Texas is a state in the country called the U.S.A. and that its flag is also red, white and blue, I asked my co-worker Janet whether she remembers learning so much so young about Iowa, the state where she grew up.  Nope.  Growing up in New Mexico, I do remember having the state flower and flag on my bedroom wall at one point, but I don’t remember being particularly proud to be a New Mexican.  I had more pride in my hometown Santa Fe than I did of the state as a whole.   I was first and foremost Santa Fean, then a New Mexican.

I truly believe Texans stand tall and stand alone in their boundless level of state pride.  I’ve always found it interesting that, if a Texan is overseas and someone asks “where are you from,” a Texan will almost always say “Texas!”  On the other hand, someone from, say Delaware or Idaho will most likely say “the U.S.”    Sure, New Yorkers are proud, as are Coloradans and many from the south.  But, how often do you see someone sporting New York-shaped earrings, a Colorado-shaped necklace, or an Oregon-shaped tattoo?  In Texas it’s also not uncommon to see bumper stickers boasting “and on the 8th day God created Texas” or “I wasn’t born in Texas but I got here as fast as I could.”

I know it’s all a little crazy, but I will somewhat enviously admit that those born and raised in Texas automatically have a sense of self-pride and self-worth that they take with them everywhere.  You can be the biggest loser or goober in many aspects, but the fact that you are a Texan gives you something to be very, very proud of.   My daughter has it and will never lose it, even living in Norman, Oklahoma!  It’s a birthright like no other birthright, short of perhaps royalty.   As they say, “American by birth, Texan by the grace of God.”

Texas officially became a republic On March 2, 1836 when the Texas Declaration of Independence was adopted.  With the document, settlers became independent from Mexico, creating the Republic of Texas.  Today, March 2 is an official state holiday and to this day, Texas is the only U.S. state to have previously been its own independent sovereign nation, something native Texans love to boast about.   April 21 is also cause for annual celebrations in Texas, as San Jacinto Day is commemorated with popular reenactments of the Battle of San Jacinto, the final battle of the Texas Revolution and where Texas officially won its independence from Mexico.  The San Jacinto Monument, located near Houston, is the world’s tallest monumental column at 570 feet tall; even taller than the Washington Monument’s 555 feet.

Texas was eventually annexed by the United States and ultimately became a state on December 29, 1845, but December 29 is not an official state holiday, although the date significantly impacted our entire nation.   By inheriting Texas’ border dispute with Mexico, the U.S. battled the Mexican-American War and captured additional territory that extending our nation’s borders all the way to the Pacific Ocean.

There’s no arguing that Texans love their Texas, and from the looks of recent headlines, apparently the rest of the country is in love with the Lone Star State too.  For the third year a row, Forbes magazine has declared Austin the fastest growing city in America, while Site Selection magazine just recently reported that Texas leads the country in business relocations and expansions.  The 2011 Census also proves this, with Texas having 3 of the 10 largest cities in the nation.  Houston comes in at #4, San Antonio is 7, and Dallas (only Dallas, the ranking doesn’t even include Ft. Worth) ranks #9.  Amazingly, Austin is ranked 13, higher than San Francisco; while El Paso’s 19th ranking puts it above celebrated cities like Boston, Seattle, and Denver.

Texas is a great place to live.  The cost of living is somewhat low, the food (bar-b-cue, steaks, Tex-Mex, etc.) is great, the music is fabulous, there is no state income tax, high school football is a religion, and the people are friendly.  Signs on Texas highways even encourage drivers to “Drive Friendly.”  As someone who has lived in Austin for 27 years though, I’d love the gates at the edges of the city to close.  With all its growth, Austin has lost much of the charm that made it famous, even somewhat infamous.  It’s still a nice place to live, but it’s now very crowded and commercialized.

I do love Texas (although I’ll never even like those Texas Longhorns!) and I am proud of my little native Texan daughter.  She may not have been Sooner born, but she was Sooner bred with a whole lot of Texas mixed in!   Yeehaw!

Surprising and Fun Facts About Texas:

El Paso is closer to California than it is to Dallas.

King Ranch in South Texas is larger than the state of Rhode Island.

D/FW Airport encompasses more area than the island of Manhattan.

The dome on the state capitol building in Austin is 302.64 feet high, making it approximately 14 feet taller than the national capitol in Washington, D.C.

The first word spoken from the moon was “Houston.”

Brazoria County has more species of birds than any other area in North America.