Filed under: Uncategorized — carlawordsmithblog @ 10:00 am

The X-ing out of Christmas 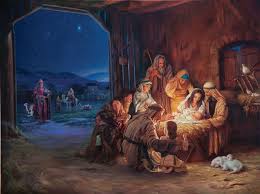 I’ve always been a bit offended when I see Christmas referred to as “Xmas.”  In my thinking, doing so literally leaves out the real meaning of Christmas:  Christ.  But, I read something recently that somewhat changed my mind.  Somewhat.

Apparently the X is “Xmas” does not refer to the English letter X but rather to the Greek letter “chi,” which looks just like the English letter X.  Chi is the first letter in the Greek word that we translate as Christ and ancient Christians would abbreviate the word by using only the first letter of it.  They meant no offense and coincidentally, the letter also resembles a cross.  In addition, the word “Christ” is the Greek translation of the Hebrew word “messiah” and both mean “anointed.”

Learning this makes sense and explains it all, but I still prefer writing out the word Christmas and unless you are an ancient Greek, maybe you should too!

Merry Xmas and Merry Christmas everyone!