You either love them or hate them. Either way though, you really can’t avoid them and they are considered “the” way to get in shape. I’m talkin steps. Stairs. Whatever you want to call them. I wouldn’t go straight to I hate them but I certainly don’t love them. In a weird way, I’m kinda obsessed with them.

I wasn’t so obsessed with them on my recent trip to San Francisco though. Funny thing happened on the way to Alcatraz, Coit Tower, dinner, lunch, and everywhere in between: you have to climb a lot and climb a lot of stairs. What makes this doubly hard in the City by the Bay, is most ways of getting to those stairs are very hilly…as in straight up and straight down…again and again. And again! I quickly learned how out of shape I am and how in shape my friends are. Can somebody please call an Uber? I’M ON VACATION!

I “felt a blog coming” when I huffed and puffed up the above steps to Coit Tower, when my design friend showed us photos of one of her client’s stairs that have her grandkids’ names on each riser, and when I saw this set of eerie steps at Alcatraz: 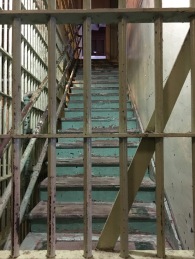 I couldn’t help but wonder where they lead to and the stories of those who climbed them. Goosebumps.

Staircases are not only necessary evils, many of them are famous. I have three favorites: Santa Fe’s “Miraculous Staircase” in Loretto Chapel, and Santa Scala and the Spanish Steps in Rome.

Being that I was born and raised in Santa Fe, that famous spiral staircase is both very familiar and special to me. My mom attended Loretto Academy and climbed up and down those stairs as a choir member.

The staircase is considered miraculous for many reasons, including its two perfect 360 turns with no visible means of center support as well as the fact that no nails were used in the structure; a structure made of wood not common to the area. Then there’s the mystery about who built it. When Loretto Chapel was completed in 1878, there was no way to access the choir loft so carpenters were called in to address the problem and recommended using a ladder due to space constraints. Not satisfied with that precarious idea, the Sisters of Loretto prayed to St. Joseph, the patron saint of carpenters. On the ninth and final day of their novena, a man appeared at the Chapel with a donkey and a toolbox looking for work. Months later, the elegant circular staircase was completed, and the carpenter disappeared without pay or thanks.

Another city that has its share of Catholic lore is of course Rome, which my daughter and I visited following her semester in Spain. We will never forget running into some of her friends who also studied in Spain ironically on the famed Spanish Steps, as well as pretending to be Audrey Hepburn in “Roman Holiday” on them. The Vatican is also home to many stunning stairways, but the one I cherished the most in all of Rome was the Santa Scala, or “Holy Steps.” The steps can be found in the non-touristy Lanterna area and legend has it that Jesus walked up them before facing Pontius Pilate. Today, people crawl up on hands and knees. I still get chills thinking about seeing them.

Two other set of steps that caught my eye long ago are Paris’ famous lantern steps and the Potemkin monster-of-a-staircase in Odessa. Squeal! 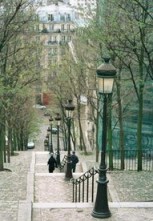 Film has also given us some famous steps, including those Rocky gloriously ran up and the ones Scarlett ran down in “Gone with the Wind” right before Rhett told her, “Frankly my dear, I don’t give a damn.”

“There is no elevator to success. You gotta take the stairs.” Caridee

Not all staircases are famous but many are fun and fascinating. Take these for example. You have boxwood perfection, a Parisian piano for your feet, a lovely heart, the tops of steps with encouraging thoughts, book titles, a crazy rainbow palette, and a staircase with a slide. Yippee! 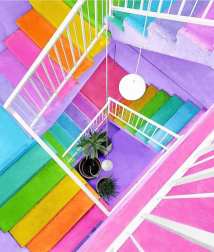 How fun would it be to do something like those in your home? Granted, they may not be your cup of tea or perhaps a tad too much, but it is fun thinking about unique banisters, risers, balusters, runners, and the likes for your home.

For risers, consider doing something different with them like these with numbers, tiles, and a gradient pattern. And how cool is the lighted staircase? 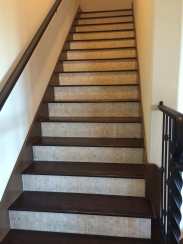 Staircase-wise, this contemporary black floating staircase and really cool jagged one are both so very interesting but I gravitate more toward the middle Craftsman-style and the last more traditional look. 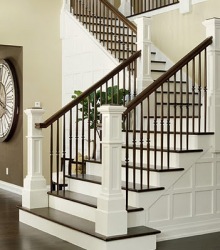 Glass is also an option. Out of these two, I find the first one amazing but the second one more me. 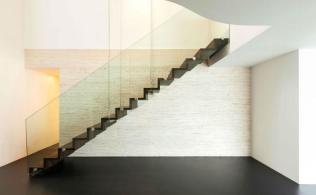 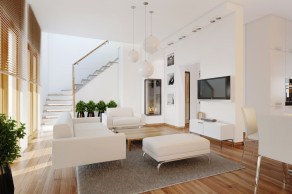 When it comes to what to put on your stairs you, of course, can go with wood, carpet, or tile, but why not try a unique runner like these from Domino Magazine and Elements of Style? The middle one is pure perfection. 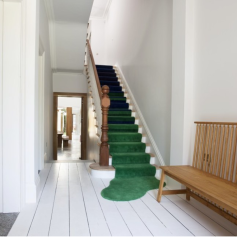 And call me old school, but given the right room and décor, nothing says “grand” like a traditional some stair rods. And how cute are these runner clips? 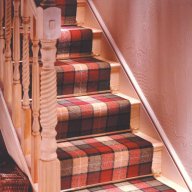 Balusters and rails are where you can go fun without looking crazy. I’m raising my hand for the ombre balusters. 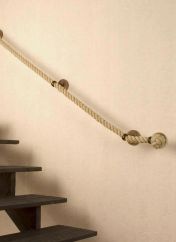 I also like the idea of adding storage under your staircase; a normally wasted space. That bookshelf, floor, and light fixture! Swoon! 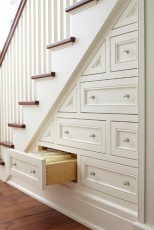 I can’t even say how gorge these entry stairs are. They give new meaning to “grand entrance.” 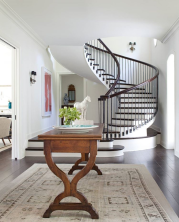 If you’re a bride, think long and hard about having a photo shoot on a magnificent set of steps like this one: 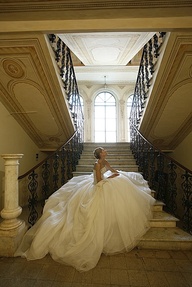 Exterior banisters are a whole different blog, but I couldn’t let this gem of a simple iron piece of work and an insanely flawless porch go by. 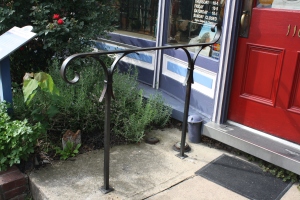 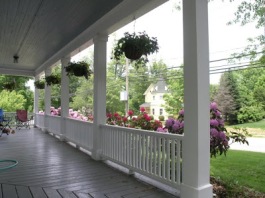 “The steps of a good man are ordered by the Lord and He delights in his way.”

Lastly, there’s the proverbial stairway to heaven, and not Led Zeppelin’s. It is said that prayers are the stairs that lead us to God, so despite my aches and pains, I guess I’ll say my prayers and take the stairs.