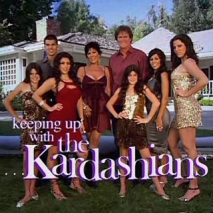 Spend a weekend with a female between the ages of say, 10 to 30, and you’re likely to catch at least one episode of “Keeping Up with the Kardashians.” If it’s just one, consider yourself lucky. This was me over the weekend as I spent it with my 24-year-old daughter who is a long-time Kardashian fan. Yes I’ve tried and tried to convince her of all the reasons to not like them; all to no avail. Fellow Kardashian haters, I tried.

So, I decided to change hats and see them through her eyes. It was eye opening.

I realized that yes, she loves their fashion and their fame, but what she really loves is how close a family they are. I asked her this and she totally agreed.

Think about it as a girl. You have fortune and fame, but most importantly you have four best friends who have your back on everything. Everything. Each one has a ginormous house that they all just flutter between; open doors and open kitchens to boot. They sit around in those beautiful Mackenzie-Childs bedecked kitchens with those perfectly arranged cookies in a jar, eating delivered or chef-prepared salads, and visit. Just visit. Think bedroom or dorm room in the real world. That’s what they do. Sometimes they laugh, sometimes they cry, sometimes they argue, and sometimes they bond. What girl doesn’t want that?

Then there’s their mom, Kris, the brains behind the botox. Full disclosure, Kristen often calls me Kris or “momager” because she says as much as I hate to admit it, she would be in what we like to pretend is our “celebrity squad” and that deep down I do like her. Plus, her real name is Kristen. Okay, I’ll play.

So first the hair. I’ve loved Kris Jenner’s signature short hairstyle for many years. I had it once, gave in to peer pressure and let it grow out, but I may go back to it soon. I also like her fashion and décor style 80 percent of the time and her obsession with Mackenzie-Child’s “Courtly Check” matches mine. I share her love of black-and-white everything as well as large framed old-school Barbie photos and framed family photos. She’s also an admitted control freak, as am I. This became crystal clear in a recent episode when Kris moved her aging mom from San Diego to a condo near her and wanted all the decorations to be how she wanted them. That would be me. On two fronts. I would love to be able to move my mom near me in a safe and monitored fabulous place when needed but I would also want to do it up how I want it.

Then there’s the Bruce Jenner ordeal. Who didn’t feel at least a little bit sorry for Kris? So you’ve been married to this man for many years and somewhere along the line you find out he isn’t seeing another woman, he wants to be a woman! And it all plays out on national TV. Yes, I know, they’ve chosen this life but let’s be real, that was rough.

Speaking of men, do they really keep up with those Kardashians? Not at all. It’s a world run by a momager and her five daughters. This is yet another tidbit not lost on young woman watching. I detest the fact that it all started with Kim’s sex video but props to Kris for brilliantly spinning the family situation in a way any Washington D.C. politician would envy. Today they are a multi-million dollar corporate brand of woman. An estrogen empire. Yes, I get the whole “but they have no real talents,” but is it not even a wee bit impressive that a group of six women with no talents have somehow duped us all into buying what they’re selling? That, my friends, is girl power.

Consider this, the show is currently celebrating 10 years of production. TEN YEARS! And each Kardashian gets paid hundreds of thousands just for showing up at various appearances, whether it be opening a club or debuting a product. And perhaps most amazing is the fact that they make mega bucks just for posting something on Instagram. Kim receives half-a-million dollars for every sponsored post and the rest of the gang gets anywhere from $150,000 to $400,000. Bananas!

It didn’t take long for young Kylie to say adios school and hello solo success. At just 20-years-old, they youngest of the clan topped Forbes’ youngest high-earning celebrity list with a net worth of $50 million, thanks most in part to her popular Kylie Lipkits. Truth be told, I tried some of Kristen’s and they’re good. Real good.

But, the Kardashians aren’t just rich, from most reports, they are nice. Yes they can be trashy (note to Kim: you’re a mom…please stop with the nudies) and filthy-mouthed (just stop!), but you rarely hear of any mean girl or substance abuse behavior.

Men need not apply in the Kardashian world though. Rob, the sole brother, is somewhere off camera figuring out his life with Blac Chyna; Scott, Kourtney’s baby daddy, is battling addictions and the fact that he’s the only white male amongst the group; Khloe’s ex Lamar Odem was last seen in a Nevada brothel in a near OD state; and Bruce, well we all know what happened to him. That leaves Kim’s hubby Kanye West who seems to always have issues of his own but who also stays clear of the film crew. Maybe he’s the smartest one of the male bunch. 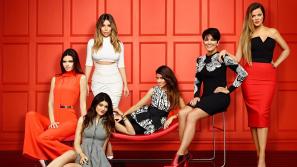 But, I can’t write a Kardashian blog without mentioning what really annoys me about them: the level of fakeness they present to the world of young and even mature girls. Yes, their family dynamic is real, but nothing else about them is. Each one of them has the looks, so why can’t they just be happy with what God has given them? So much of them is fake: their extension-heavy hair, their tightened and tanned skin, their ridiculously plumped-up lips, their over-sculpted bodies, and even their lashes. They’ve had implants in everything from their cheeks to well, their trademark “cheeks.” It’s all so unreal and unattainable for the average Josephine. When you have an army of glam squads, personal trainers, and surgeons on command, of course you’re going to look good. The rest of us, not so much. It’s anything but reality and I wish they would put the brakes on some of it.

Young Kylie is probably the worst, with Khloe coming in a close second. I do admire Khloe for her workout ethic, but c’mon, do we really believe her “new bod” is all due to getting on a treadmill and going to a Pilates class? As for Kylie, nothing on her is real. She is a shell of her former face and it’s sad. To be so young and so unhappy with how you look is just tragic. It’s also not a good image or message to give to young fans, or even 24-year-old fans. Now that she’s unwed and pregnant, maybe maturity will come by way of motherhood and she will find her real soul.

More likely is her baby will be welcomed with open arms into the ever-growing family, ensuring years more of Kardashian spawns. It’s all about the family, and in this season of wishing we were all near family and of opening our homes to family members, how bad can that be? Maybe it’s really not their fame that we envy, but their family. They definitely have family in check. Still, I can’t promise I’ll be keeping up with those Kardashians but I’m pretty sure millions of others will.