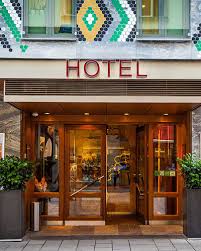 Over the weekend I saw a fabulous little film called “Always at the Carlyle,” which provides a peek inside the iconic New York City hotel. But to call it a “hotel” is an understatement. Long the favorite of royalty, presidents, and famous people from all walks of life, The Carlyle is equal parts hotel and history and offers unparalleled luxury. Presidents Trump, Truman, and Kennedy have all stayed there as have other A-listers like Pauls McCartney and Newman, who started concocting his own brand of salad dressing in the dining room.

The rich and famous love its celebrated white glove service and well as unwavering discretion and confidentiality. The film describes both, thanks to interviews with staff members and the likes of George Clooney, Harrison Ford, Naomi Campbell and a host of other superstars who frequent the hotel.  As the film started, my friend who was with me quietly said, “I love hotels.” And she should know, she’s traveled extensively and her daughter is in the industry. I love hotels too, even the small room she and I shared on an Alaskan cruise, which wasn’t grand by any means, but oh so memorable just the same.

I have many fond memories of big and small, famous and ordinary hotels, and in this age of Airbnb and VRBO, I’m still one who prefers a fully-staffed hotel over a private home or flat for rent. There’s just something about checking into a nice hotel. You are greeted warmly, robes and slippers await you in the room, you don’t have to worry about cooking or cleaning, and room service is at your beck and call. Put “resort” in the name and I’m all over it. 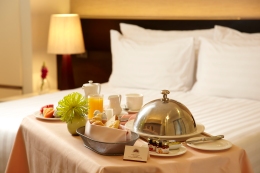 What’s not to love?  Well personally for me, it’s any hotel that charges for either Wi-Fi or parking. And as wonderful as room service is, it can be expensive. It’s one of the conveniences you pay for though and is of course totally optional. Regardless of how fabulous a hotel is though, it’s the staff that makes the difference. The staff at our hotel in Paris recently is a perfect example of how they can make or break a trip. In a word, they were fabulous. Maybe that’s why it’s called the “hospitality” industry. 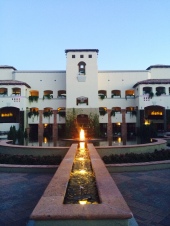 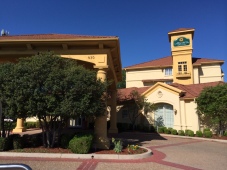 I remember as a child thinking the swimming pool at a Denver motel was heaven on earth when my family would vacation there.  I treasure trips and the places I’ve stayed abroad, in cities and small towns, beaches and mountains, and with both family and friends. Many were fabulous, but others, like Norman, Oklahoma’s La Quinta, are as full of wonderful of memories as those in Paris to Panama. I love hotels so much that I take photos of them before checking out. 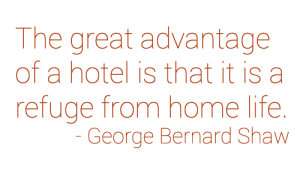 I am certainly not alone, as the hospitality industry continues to annually steadily increase and employs more than 15 million people in the U.S alone. Globally, there are more than 700,000 hotels and resorts with 15.5 million rooms. In the U.S., the numbers are just more 52,000 properties and nearly 5 million rooms. The retail value of the global hotel industry is nearly $500 billion with revenue of U.S. hotels nearly $200 billion. The Travel and Tourism industry, under which hotels fall, now accounts for more than one-tenth of global GDP and is one of the world’s fastest-growing sectors with booking totaling more than $1.5 billion in 2017.

But enough with the numbers, let’s get back to the fun.

Surprisingly, vacationers make up the majority of hotel guests with only 40 percent of travelers booking rooms for business purposes. That’s what I’m talking about. Packing your bags and getting away from it all with a little vacay and stay at a hotel. 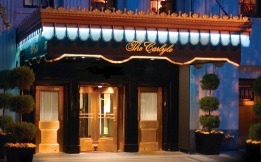 In “Always at the Carlyle” you learn that often times famous patrons don’t just spend a week at the luxury property, but months. At one point Clooney casually mentions that he and his wife stayed three months at the hotel’s top-of-the-line suite, which later you find out can go for $20,000 a night. A NIGHT! I’m no math major but I do know that $20,000 times 90 days is more than most Americans make in a year. (In the same scene, John Hamm admits he’d rather build a school then spend that much a night on a room. Hashtag amen Don Draper.

It was fun to learn a host of other tidbits behind The Carlyle’s old world walls, like the fact that Michael Jackson, Steve Jobs, and Princess Diana all rode the elevator together one time and get this, the hotel still has elevator operators. I’m not sure why even the rich and famous can’t simply press a button, but how “wow” must that one ride have been for the operator? 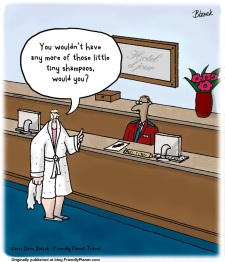 Other behind-the-scenes glamour included JFK and Jackie’s numerous visits, as well as those of Lucille Ball, Jack Nicholson, and Prince William and Kate Middleton. Sadly, Anthony Bourdain also talks about the hotel in many on-camera scenes, which were a bit unsettling and poignant to watch considering his death over the weekend.

The iconic Carlyle’s 190 lavish rooms and suites include one named after Princess Di and one named after Roger Federer, who is walked up to his room by none other than the hotel’s manager. The scene reminded me of just how impressed I am with Rafael Nadal who, along with his entire team, stayed in our same Paris hotel. Here’s a guy who has won the French Open 11 times, is the number 1 player in the world, could stay at any Parisian penthouse or palace, and yet instead chooses a mid-range hotel. Maybe it’s the quiet street it’s on or that the nondescript location affords him privacy. Maybe he’s just humble and a little bit human. 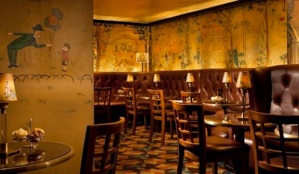 After watching the movie, my friend and I both agreed we would love to go to The Carlyle. We might not be able to stay there, but we’re equally enamored with its Café Carlyle, The Gallery dining room, and Bemelmans’s Bar. The intimate Café Carlyle serves up classic cabaret to its dinner crowd and still enforces a strict “jacket required” dress code. In The Gallery, you’ll sit in an exquisite area inspired by the sultan’s’ dining room at the Topikapi Palace in Turkey, replete with antique kilim banquettes and red-fringed velvet chairs. My favorite however, was Bemelmans’s Bar, named in honor of Ludwig Bemelmans who created the classic “Madeline” children’s books. The Art Deco bar has an extensive drink menu and large murals by Bemelmans fill the wall, including some of the little French girl and her school friends all in a line. The walls make up the only surviving Bemelmans commission open to the public. 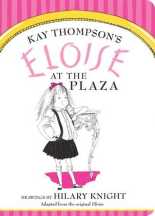 It all makes you want to be that other children’s classic, Eloise, who famously lives in another landmark New York hotel, The Plaza. I’ve heard there is an Eloise Suite you can stay in, probably overlooking Central Park and Fifth Avenue. Concierge! I’m ready to check in!

The Carlyle sits on E. 76th on the Upper East Side, conveniently and fabulously between Madison and Park Avenues and as one staff member says in the film, takes one back to a more graceful and refined era. Back in the day, when The Carlyle first hit the scene, style was desired and service was expected. To prove this, he says look no further than old films of Yankee game fans and people walking the streets of New York and take note that they had coats and hats on, and not of the ball cap type. Elegance and sophistication reigned even at the ballpark and as he says, what you wear influences how you act and how you are treated. The staff of The Carlyle, many of who have worked there for more than 20 years, are dressed impeccably and offer service with a smile. Just like they did nearly 90 years ago and how they always do. Always. Always at The Carlyle.