Filed under: Uncategorized — carlawordsmithblog @ 12:43 am

“Peace on earth, good will toward man.”

“Give peace a chance.”

‘Tis the season of and for peace, right? We see it on Christmas signs and cards and we hear about it on the news. We all claim to want it and we preach peace, but do we live it? It’s not always easy. Turn on the news and you’ll see anything but peace and instead an alarming lack of peace as wars rage around the world. But, peace goes way beyond being free of war.

I remember many years ago seeing a sign in my friend Anne’s bathroom that read, “Peace is not the absence of trouble, but the presence of God.” I instantly loved it and bought a similar one that I still have somewhere. It rang true then and it rings true today.

So what is peace?

On a grand scale it is certainly the absence of war, but most of us can’t control that. What we can control is the peace in our lives and in our hearts. When you think about it, that’s where it all starts.

A heart not at peace will never radiate peace. As a recent blog I read from Oblates USA described, true inner peace is the presence of an internal balance and serenity that enables us to overlook negative people and situations. It’s all about keeping things in perspective and staying calm amidst the storms. That kind of peace helps us think clearly and not overreact. It demonstrates goodwill and offers hope. It’s a true and undeniable gift and one that we should all be giving this gift-giving season.

And yet we continue to be at war. Maybe not personally on the battlefronts of the Middle East or other war torn regions, but there are wars being fought in our homes, families, schools, and offices. Sometimes we fight a very harmful war within ourselves as we battle with not feeling good enough.  Time to drop our weapons of personal destruction though, as without inner peace, we will never create outer peace.

So true, but who isn’t a tangled mess this time of year? It’s easy to be in a rush and be aggravated, right? It’s quite telling that as we all proclaim “Peace on Earth” we are not people at peace. We are hurried. We are stressed. We are tense. We are grumpy.

It can all get so overwhelming.

Ernest Hemingway once said that grace under pressure is the mark of an exceptional person. I agree (although it’s something my Latin temper struggles with) and I agree with Father David when he builds on that and says peace is the presence of grace, perspective, and serenity. Those are things I want to give and receive!

It’s time to let go of perfectionism and to look at life as it is, not how you wish it was or how you want it to be. Not everything or everyone is important. Goals are good but not when they disrupt your inner peace and cause constant chaos in an already chaotic world. Sometimes it’s as easy as decluttering and simplifying things around you. Create harmony and order and you create calmness and quite possibly, peace.

Instead, we have a society currently at war, shelling anyone who opposes one another with not bullets, but bashing. How ‘bout if we all just for a moment agree to disagree without being disagreeable? Maybe, just maybe, the one you disagree with actually has a point you can be at peace with. Mother Teresa eloquently and humbly said, “Peace begins with a smile.” Next time someone attacks you for what you feel or believe, simply smile at them and walk away. Be at peace and move on.

We all know what the above symbol means. It’s the international peace sign. Well, as with anything that becomes famous, it has an interesting origin. Created by graphic designer and Christian pacifist Gerald Holton to be used on banners and signs of the thousands calling for nuclear disarmament and marching in London in 1958, the unassuming symbol consisting of a circle and three lines is today one of the most famous designs recognized worldwide and has been used by generations.

The design is modeled after naval semaphore flags that sailors use to communicate. In designing it, Holton combined the codes for “N” for “nuclear” and “D” for “disarmament.  He also is said to have drawn himself inside the circle, represented as an individual in despair over what was going on at the time. Look closely and maybe you can see two outstretched hands that face down inside a circle thought to symbolize everything from the world to the circle of life. 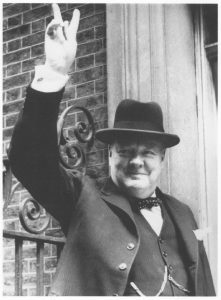 Another famous symbol for peace is what’s known as a “crow foot” or “victory” sign. (And yes all you USC fans, it’s your “fight on” hand sign too.) Its current form was popularized by none other than Pablo Picasso in the 1950s although its true beginnings are debated.  Most famously it was adopted in the 1970s by stateside Vietnam War protesters. Be careful when you use it though, as the reverse symbol is considered offensive in many cultures including Great Britain, where it’s the equivalent of throwing somebody the finger.

Regardless of any symbol or design, real peace begins inside of you, of me, of everyone. Being at peace means accepting your current lot in life and making the best of the situation you currently find yourself in. A constant yearning for more and obsession with changing our looks does not create peace; it creates dissatisfaction and sometimes depression. Yes, if you’re overweight by all means strive to get healthy, but if you don’t have that mansion on the hill remember there are others praying for what you already have. Think about it, gratitude is peace in it’s very own way. Worry is also a peace sucker. It never eliminates tomorrow’s problems; it only takes away today’s peace.

So on that note, don’t take it from me, take it from a Christmas tree. Be the light, sparkle, and bring joy. Odds are you’ll also find peace along the way. 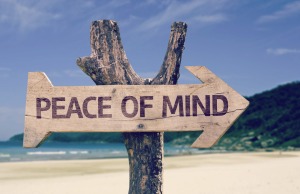 While researching and writing today’s blog, I ran across some tips for finding peace on “The Positivity Blog.” Here are some of the ones I liked in addition to what I’ve already talked about above.

Here’s hoping you find the peace of the season, true inner peace, and a peace that lasts long after the “Peace on Earth, good will toward man” cards are put away.  Peace out.