“An eye for an eye and a tooth for a tooth.”  We’ve all heard that saying too, right? Well in today’s gospel reading its front and center and worth looking at a little closer through the eyes of love.

In the reading from Matthew 5:38, Jesus does indeed utter those words but immediately after says to “offer no resistance to one who is evil” and “when one strikes you on your right cheek, turn the other one as well.”

Yeah right Jesus, we’re going to turn the other cheek and allow someone to not only slap us silly once, but slap us twice. Isn’t there also the ole adage “Fool me once, shame on you. Fool me twice, shame on me?”

And yet, that is the command is what it is and is summed up simply as “love your enemies.”

I recently came across something that gave me a whole new and different way of looking at this seemingly difficult task. It suggested that when confronted with an enemy or just merely someone who has not been nice to you, to think about how you would go about things if you and that person were seated next to each other at a dinner table and couldn’t leave. How would the conversation go? Would you confront that person? Ignore them? Forgive them? Food for thought, right?

All we need do is turn on the television to witness swaths of enemies going at it. The right and the left. The rich and the poor. The white and the black. The east and the west.  Simple agreement on anything, whether that something may benefit all, is disturbingly near non-existent so an actual love between the factions? Highly unlikely it appears.

But, we are asked to do just that: actually love our enemies. Not just tolerate or accept them, but love them. Yikes! (Funny how this pops up right after Valentine’s Day.) Think about it though and perhaps reverse the scenario. Say someone considers you their enemy but instead of treating you as such and confirming the two of your “enemy-ness,” they treat you with love and kindness. Yes, at first you’d probably think it was all for show or flat out fake, but it would also confuse you and maybe, just maybe remove the negative energy the hatred has been breeding. 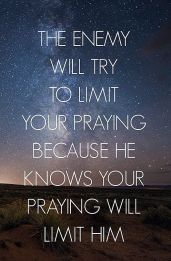 In marital arts, this concept is called “aikido,” which is basically absorbing the aggressive and negative energy of your opponent until it is rendered useless. You can implement this strategy in your everyday life by turning your enemy’s negativity back on him and respond to his insults with gratitude or better yet, a compliment.

American biblical scholar and theologian Walter Wink agrees with this idea. He points out that it has nothing to do with passivity in the face of evil but rather, the embodiment of a provocative and nonviolent way of conquering evil through love.

This is exactly what Jesus did when, upon being hung on the cross said, “Forgive them Father, for they do not know what they are doing.” If He can love His enemies with His dying breaths and at the hands of those who sentenced him to an unjustly death, can’t we do the same? That enemy is waiting for you at the dinner table.