Can you imagine? Wouldn’t THAT be great?! But lo, it’s just an Uber driver who happens to have a very special name. So, what’s in a name?

Our names are everything but do you like your name? Would you pick it today if you had a choice or would you change it to something else? I don’t love my name Carla, I probably wouldn’t pick it today, but I don’t hate it. It’s just kinda meh to me and screams Baby Boomer. I’ve always loved the names Nicole, Jessica, and Spencer (yes, after sweet Lady Diana Spencer) and might opt for one of them, but it’s kinda hard to say. After all, it’s your name! 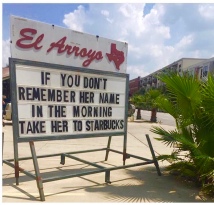 One name I often use, especially when at Starbucks, is Natasha. Don’t know why other than I’ve long been fascinated with Russia and the former Soviet Union and long before the Dems were.  Starbucks is one place you can play around with names as you can tell them your name is anything (as long as it’s not offensive) and you get to be that person for the moment they call out that your non-fat venti latte is ready. It’s actually quite fun. Try it!

I find it so interesting that names tend to be generational. Today’s kids names (and I speak from experience being that I teach three-year-olds) tend to be either very traditional (Madeline, Natalie, Emily, Jack, Victoria, Gabriel) or anything but (Lennon, Grayson, Colton). Popular with today’s parents also seem to be first names that could also be last names like Maxwell, Carson, Gentry, Connelly, and Cooper as well as gender-neutral names like Riley, Logan, Dylan, and Ryan.

The parents of these little bundles of joy are most often Millennials who are, give or take a birth year or two, my daughter’s age. Hers was the age of Megans and Allisons, Ethans and Evans, Rachels and Lindsays, Caitlyns and Laurens, Matthews and Brians, and a whole lot of boys name Lucas and girls named Grace.

The last one has been around for decades and is quite cross-generational, much like Sarah and Nicolas, both popular Baby Boomer names too. In many ways, you can tell the age someone is simply by their name. My own Baby Boomer generation loved the names Susan, Karen, Lisa, Linda, Donna, Cindy, and Debra for girls and David, Steven, Mark, Christopher, and James for boys. In some ways, many of these more classic names are making a comeback but I’m not sure we’ll ever see many Mildreds or Walters but I do know a young Oliver and Molly. 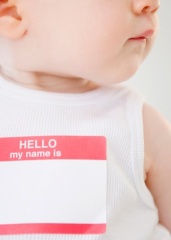 Millennials pay close attention and put tons of thought into their kids’ names. I’ll never forget my nephew Michael saying “that’s such a Millennial name” when my daughter told him she was dating a boy named Tucker. Bingo. He was so spot on. Michael’s mom put some thought into his name, albeit a different kind. She is my sister and her name is Coral; a beautiful name but one that is forever misspelled and miscalled as Cora or Carol. When naming her two boys, she kept it simple for them by choosing Michael and Andrew. Smart girl.

My own daughter’s name also has an interesting story. Being that my husband quickly nixed Spencer as a name for a boy or a girl, we decided Kelly for a girl and Matthew for a boy. Kelly got punted however when his beloved Buffalo Bills and Quarterback Jim Kelly lost one of their four consecutive Super Bowls that January and he quickly said “pick another name.” I pleaded and reminded him we didn’t chose the name in honor of Mr. Kelly, who BTW has turned out to be one great human and would have made a great namesake, but to no avail. Plan B was needed and Billie was not an option!

She ended up being named for an equally great human, former LPGA winner Kristi Albers, who is a dear friend of ours. The year was 1993 and Kristi had yet to win a tour event so we casually mentioned to her that if we had a girl and if she won a tournament before, we’d use her name somehow. Mere days before our daughter was born, Kristi won the prestigious Sprint Classic and soon after our daughter Kristen was born. I still love telling the story and I love that Kristen’s middle name is my maiden name, Luna, which BTW is a trending first name. 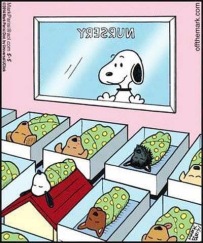 So what are today’s most popular baby names? Most lists come from the Social Security Administration and Nameberry, a site for researching baby names that tracks users’ searches. According to the site, the hottest current names are Austin, Alva, Acacius, Tate, and Diego for boys and Adah, Reese, Mika, Paisley, and Amina for girls. Ellis, Phoenix, Remy, Marlowe, and Shea are listed as the most popular unisex names.

The SSA releases a list of the most popular baby names from the previous year, with the most recent numbers coming from 2018. So, drum roll please… 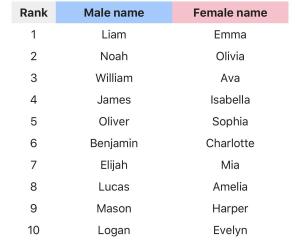 It’s fun to look at trends in names, with some of the most prevalent being short and sweet ones like Ace and Ella; girls’ names that aren’t traditional girls’ names like Stevie, Tyler, and Billie; pastel and jewel tone names like Gray, Olive, and Sage; using nicknames as full names like Dani, Tori, and Charlie; names that are places like Paris and Austin; and the continued obsession with unisex names. If I had to choose one name in each of these trending categories, they would be Faith for a short and sweet name, Wynn for a non-traditional girl name, Sage for the next category, and “Winnie” as a nickname for Windsor, which could qualify as a place too.

Even in the midst of unisex and unusual names, it’s somewhat comforting that parents can’t totally name their children anything they want. Most states have character limit laws regarding the number of letters for first, middle, and last names as well as laws forbidding derogatory or obscene monikers. In addition, there are also laws requiring names be made up of only characters from the English alphabet and spelled using a standard keyboard. It’s also not uncommon for states to prohibit foreign characters or symbols in American-born babies. The latter, however, is not the case in South Carolina where you can name your Kate “K8” or your Mike “M!ke” as symbols are allowed. I’ve also previously heard that North Dakota prohibits parents from naming a child a numeral while in Pennsylvania a baby (or adult) can’t have a one-letter last name.

Somewhat surprising is the fact the United States is probably one of the most flexible countries regarding offspring naming laws. Many countries, including France, Germany, Sweden, Iceland, Denmark and a host of others have nationalized lists of accepted names and preapproved names and if a parent seeks to venture off said list, they need to pay a fee and request approval.

Japan is another country with some strict naming laws in that all babies except for royals must have a name and a surname that are easy to read in Japanese. Foreign names that can’t be translated into Japanese are not accepted and names that don’t have adequate meanings for children are not allowed. Similarly in Portugal, parents must choose names for their children that are of Portuguese origin with the exception of Biblical or Christian names and the gender of the name must be easy to understand, which is also the case in many other countries.

I recommend a few other things be considered when choosing your child’s name, including what their initials and monogram will be. A girl named Anna Olivia Hendricks probably won’t like her “AHO” monogram on jewelry, pillowcases, and bags and a boy named Daniel Kent Iglesias will most likely frown upon his “DIK” initials. Think of nicknames too. For example, in a book I just started reading, Richard Russo’s “Bridges of Sighs,” the lead character’s name is Louis Charles Lynch. While taking attendance the first day of kindergarten his teacher called out “Lou C.” and the nickname “Lucy” stuck for the remainder of his life. And in a related and funny story, to this day my husband is called “Haven” by his college buddies because during a class roll call his elderly professor had a hard time deciphering my hubby’s bad handwriting of “Steven” and thought it said “Haven.”  So, if you don’t like the nickname Liz, don’t name your daughter Elizabeth and if you’d prefer your son not be called Billy steer clear of William.

In the end, I would advise moms and dads everywhere to follow their hearts and heads when naming their offspring and to keep in mind the consequences your personal preferences and possible harebrained ideas may cause for your little one. So instead of naming your child something you might regret down the road, simply use those names the next time you’re in Starbucks. Trust me, no one there will care.