Sitting outside on our back patio the other day I saw a beautiful bright red male cardinal in a tree in our yard. We have lived in our “new” home for four years now, and I can’t think of one time I’ve seen a cardinal. We have lots of birds, squirrels, deer, and even a fox or two but cardinals not so much. I found this somewhat surprising when we moved here, as our last house was home to many a cardinal and it’s not all that far from our current home. So, like I do so well, I thought about it and analyzed what a rare cardinal sighting might mean. 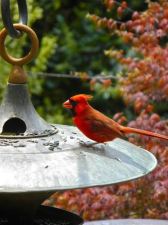 I’d always heard cardinals represent a loved one who has passed and that when you see one, it means they are visiting you. I found it interesting to learn that they usually show up when you need them or miss them the most. But, I hadn’t recently lost anyone. I did however, have a friend who had just lost a beloved aunt and I immediately reach out to her to share my cardinal sighting story. Still, the “lost love one” theory didn’t personally move me or give me an “aha” moment. Until I read further.

Come to find out dear daddy cardinals also make appearances during times of celebration or despair. Bingo. I have been in despair and was in a somewhat disparaging mood as I sat outside that day. Who isn’t in despair right now, right? Nothing has gone on in my personal life or with any family members but our country is currently full of despair and destruction and it’s wearing me down. I’m tired of the news, I’m tired of the posting, and I’m tired of worry and anxiety. I’m. Just. Tired. 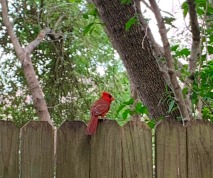 Thankfully, two co-workers and I agreed to meet for an outdoor visit at one of their homes this week. I miss these ladies so much and it was so nice to just catch up and laugh. We sat in my friend’s beautiful backyard and guess what showed up? Countless cardinals! It gave me chills and it made me happy. I felt like maybe, just maybe, they’re actually also good luck charms and the gloom and doom is about to change much like the season had just changed from spring to summer. Finger’s crossed, right?

Turns out, it is believed that whoever sees a cardinal will have good luck either at noon, midnight, or within 12 days of the sighting. I’m not sure what would qualify as “good luck” right now in my life, but just learning this cheered me up and gave me a bit of hope.

On top of that, spiritually a red cardinal sighting is a message from God who wants your attention and in a positive way. In addition, both cardinals and blood have long been symbols of vitality and in a Christian context, the cardinal is a symbol of life, hope, and restoration.

Hope and restoration.  I’m in need of both and I’m paying attention! 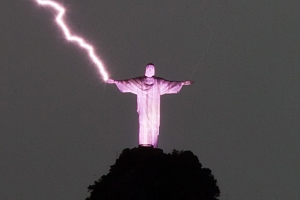 Just yesterday I got a video of hope and encouragement from my director. She sent out an update on what’s going on at work and included a video titled “Shoulder Taps.” In it, a man talks about seeing an elderly woman at a restaurant when a voice inside him tells him to go tell her how pretty she looks. He does so and is floored by what she says. “I know you and I know your spirit,” she tells him. “My husband died a year ago today and that’s something he would have said.” Needless to say, the man was speechless. He thought about it and concluded that God taps us on the shoulder and uses us at just the right moment. Whether we listen and feel those shoulder taps is up to us. 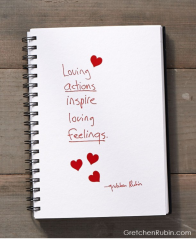 His story reminded me of a lunch my daughter and I were having many years ago when she was in high school. Sitting in a restaurant we notice a group of what looks like middle-school aged girls. All of them except one are pretty and have the air of “popular girls.” The one who doesn’t looks quiet and nervous. My daughter notices this and remembers suffering at the hand of middle school mean girls herself so as we walk out, she goes up to the table, looks right at the quiet girl and tells her how much she loves her top and how pretty she is. I’m not sure whose faces dropped more: the nervous young girl’s or those of the others sitting with her. Here is a pretty high school girl coming up and complimenting the one girl at the table who probably never got compliments. Shoulder tap? I’m thinking yes. 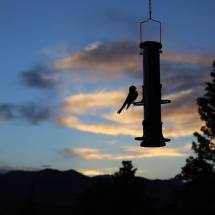 Maybe all those cardinals I’ve been seeing are shoulder taps or as I sometimes call them,“God winks.” I don’t know about you, but I’m in need of anything that can replace the blind hate and unchecked criminality destroying our nation and I’m loving the idea that a simple bird brought with it true hope for restoration and healing. I’m giving it a wing and a prayer.