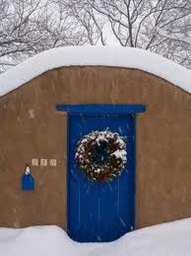 I just recently read that Conde Nast Traveler magazine named my hometown of Santa Fe, NM the seventh best in its “Top 25 Cities in the World” rankings.  Really?   That is just amazing to me.  Don’t get me wrong, I love Santa Fe and my mom still lives in the house I grew up in, but to see the town listed next to world cities like Kyoto, Paris, Victoria, and Seville takes even this home girl some getting used to!

I still think of Santa Fe as a small ski town with a lot of art and great chile.  Sadly, that hasn’t been the case since Ralph Lauren debuted his “Santa Fe look” in the 1980s.  Since then the Woolworth became a mini mall, my favorite shoe store became a gallery, and there are probably more Californians who call Santa Fe home than true Santa Feans.  It’s all good for the economy I guess, but a lot of what made “The City Different” different is now wrapped in a disposable bag and overnighted to places unknown.  Yes, Santa Fe still has gorgeous mountains and architecture and the food and culture there is unmatched, but a top city in the world?  Especially considering that its population of around 50,000 is so much smaller than other popular destinations, all I can say is, Wow!

Coincidently, another list Santa Fe just recently made was that of Travel+Leisure magazine’s “America’s Snobbiest Cities” list.  Ranked according to barometers like a reputation for being aloof, smarty-pants residents, high-end shopping, and highbrow cultural offerings, here are the cities T+L says have their noses in the air the highest:

Amazingly, Charleston was the only other U.S. city on the “Top 25” world cities I mentioned above.  What gives?  All the cities listed with the highest snob factor are also cities people love to visit and love to live in.  Does this mean we like snobs?  I think not!

The only reason I can think of why Santa Fe made the list of having its nose in the air is its 7,000 feet altitude…or maybe it’s just the Californians.  Although I will admit that every time I go home people do seem less friendly and less happy.  It’s a change I don’t like seeing in what will always be one of my favorite places on earth.

What are your favorite cities?  Why do you like them?  What cities are on your bucket list?

2 Responses to “My Hometown”