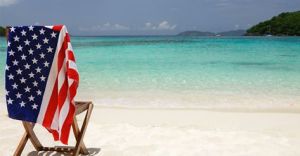 Happy Birthday America!   Today is the start of a celebratory three-day weekend for most Americans with trips to the beach, neighborhood bar-b-cues, and the shooting of fireworks.  Did you know Americans spend nearly $600 million on fireworks every Fourth of July and that all those flashes in the sky have actual names?    Here’s a primer to help you look like a fireworks genius tonight: 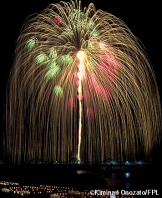 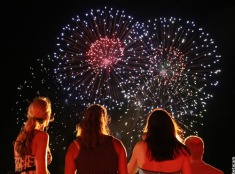 Often the most common firework, this sphere of colored stars and dots is easy to spot. 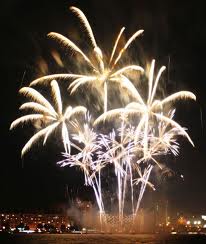 Aptly named, this boomer looks just like a palm tree when it bursts. 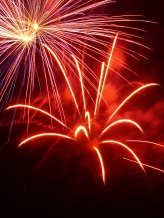 My favorite, the spider is fast-burning and shoots stars and lines straight out and in a very powerful manner. 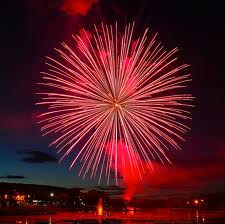 A virtual “flower in the sky,” this gorgeous firework looks just like the flower it’s named after.

I love watching big displays of fireworks, but I’m not keen on the kind that people set off in streets and parks.  I do remember always playing with sparklers as a little girl though, and I still like them.   I will be thinking of my “little girl” as she “celebrates” the Fourth in Spain with her fellow Americans!

We all know the famous landmarks of our nation…the U.S. Capitol, the Grand Canyon, Yellowstone, etc., but today I thought I’d share some lesser known but just as interesting points on the U.S. map. 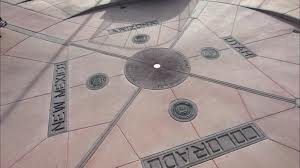 This is the only place in the country where four states converge…and I’ve been there!  Nestled where New Mexico, Utah, Arizona, and Colorado meet, Four Corners is actually managed by the Navajo Nation and is depicted by a bronze disk embedded in granite.  You can stand on top of that disk, making it fun to put each hand and foot in four different states! 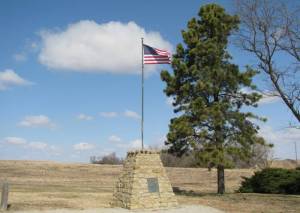 The Geographic Center of the U.S.

Two miles northwest of tiny Lebanon, Kansas you’ll find a trapezoidal stone structure and a 10-foot podium that mark the geographic center of the contiguous 48 states.  Toto you are in Kansas and you’re smack dab in the middle of the U.S.! 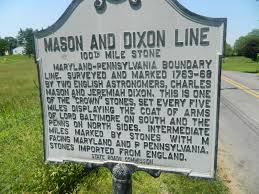 Often thought of as a Civil War battle line, the Mason-Dixon Line was actually drawn up nearly a century before the War Between the States.  It all started with a feud between the Penn family of Pennsylvania and the Calvert family of Maryland.  Following a court order, the two clans hired English surveyors Charles Mason and Jeremiah Dixon to mark the border of their disputed lands with stone markers beginning in 1763.  The markers were placed every mile and crown stones bearing the coasts of arms of both families were placed every fifth mile.  Volunteers have today located nearly 200 of the original 230 markers and some 250 years later, the work remains along borders separating Delaware, Maryland, Pennsylvania and West Virginia. 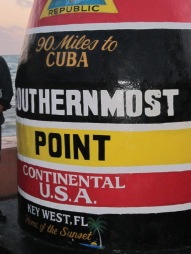 Key West, Florida is home to the country’s southernmost point and a painted concrete buoy marks the spot.  Our family visited Key West one Christmas and saw this famous landmark, which draws a million visitors a year.  Lines form for photos and nearby sunsets are famous.  Amazingly, the buoy sits just 90 miles from Cuba and is located where a Western Union cable once connected the U.S. to Cuba.

THE RIGHT TO BE PROUD

However you celebrate today, try to remember what you’re celebrating and how great a country we are fortunate to live in.  Independence Day, commonly known as the Fourth of July, commemorates the adoption of the Declaration of Independence on July 4, 1776, declaring independence from England and guaranteeing certain inalienable rights.  As written by our forefathers, these rights cannot be taken away or changed and don’t come from man, but from our creator.  It’s important to remember that the government does not create rights, it creates laws.  Despite our many conflicts and differences, we are all Americans and we should all be grateful for our many freedoms and rights and to call this country home.