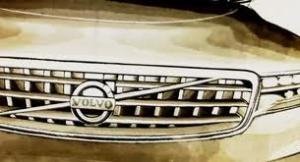 Are you in the market for an extremely safe car that’s not as expensive as you might think?  Then look no further than the 2013 Volvo S60, which was recently the only European luxury car to win a top rating in a study by The Insurance Institute Highway Safety.  Structurally the Volvo performed best in incidents replicating the vehicle colliding with another vehicle or a large object.  While the Volvo S60, the Swedish company’s mid-size sedan, earned the Institute’s “Top Safety Pick” award, the Mercedes-Benz C-Class, Lexus IS 250/350, Audi A4, and Lexus ES 350 all earned the lowest rating available.  Shocking yes.  Starling, maybe even more so.

I will qualify all this gushing over an auto industry study by admitting I am a big fan of Volvos.  Our family has owned seven of them and Kristen’s little S40 has literally saved her life on two occasions.  What may surprise many of you is the price of a Volvo, which is often times much less than several of the above-mentioned cars that scored considerably lower in the safety test.  Pre-owned is a smart route to consider, one that we’ve taken several times, as Volvo’s hold up so well over the years and their warranties are very competitive.

Shopping for a smart, new, safe and good-looking car?  Think about the 2013 Volvo S60.  Questions?  Ask The Insurance Institute for Highway Safety.